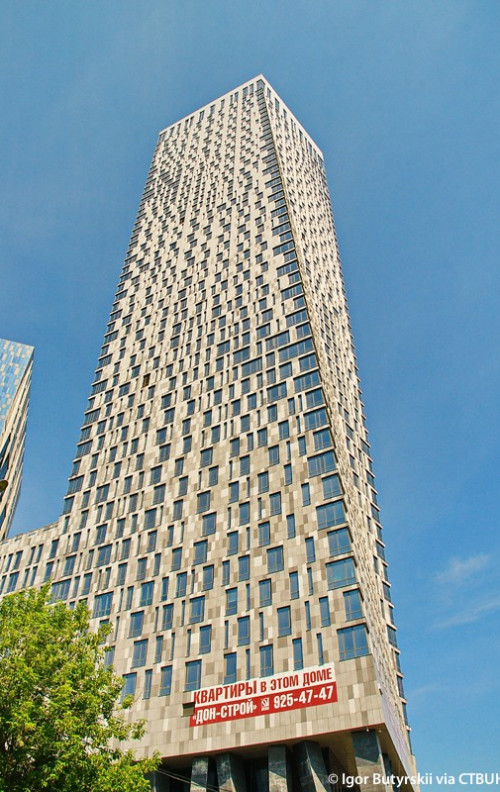 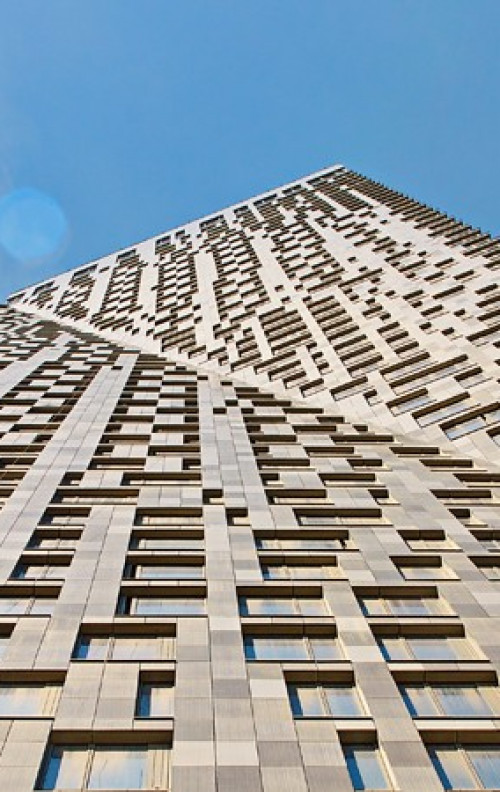 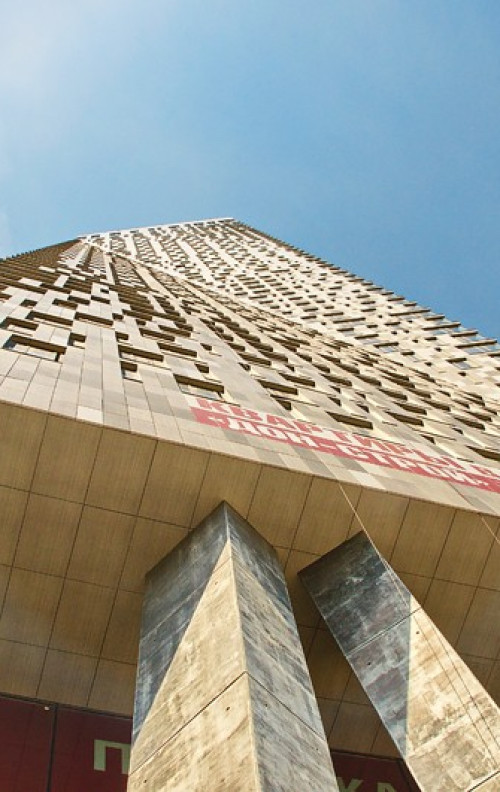 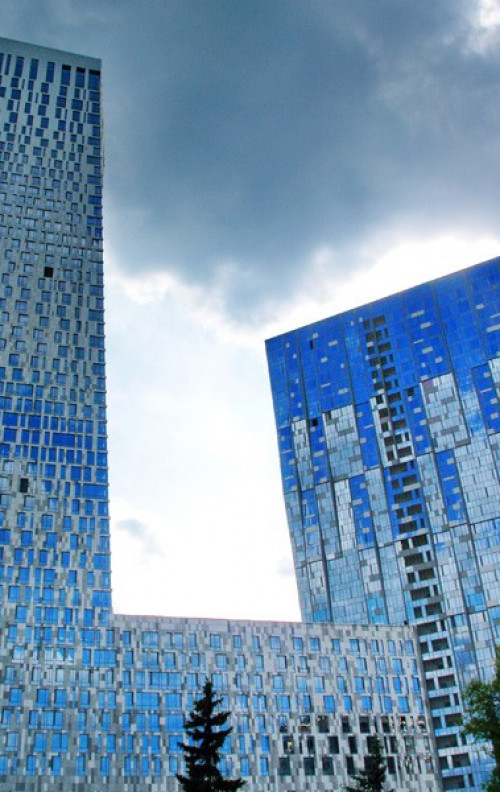 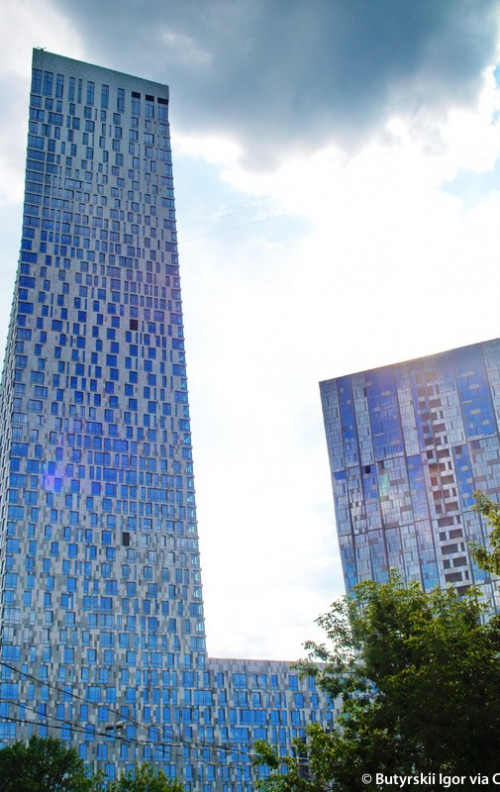 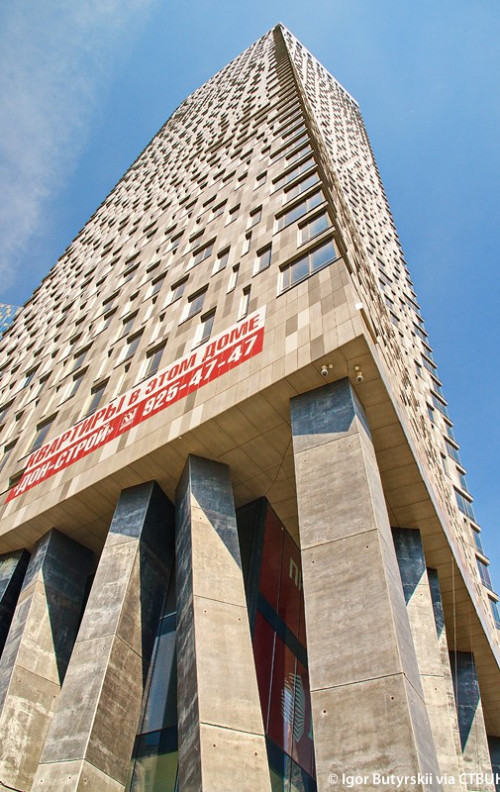 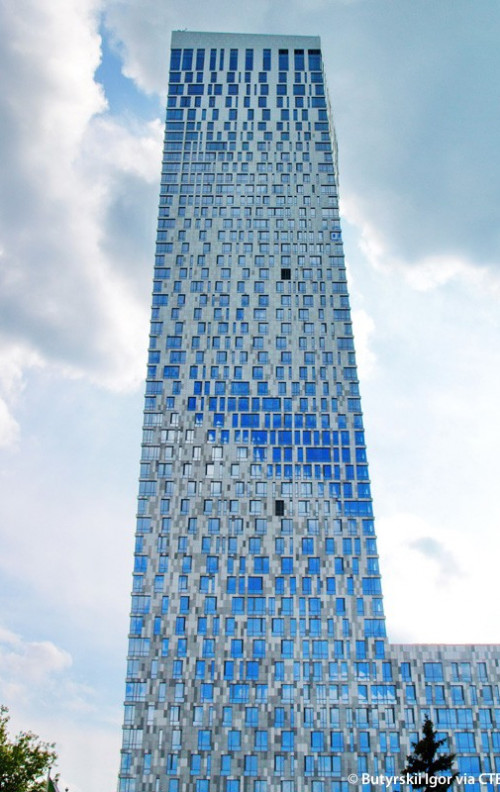 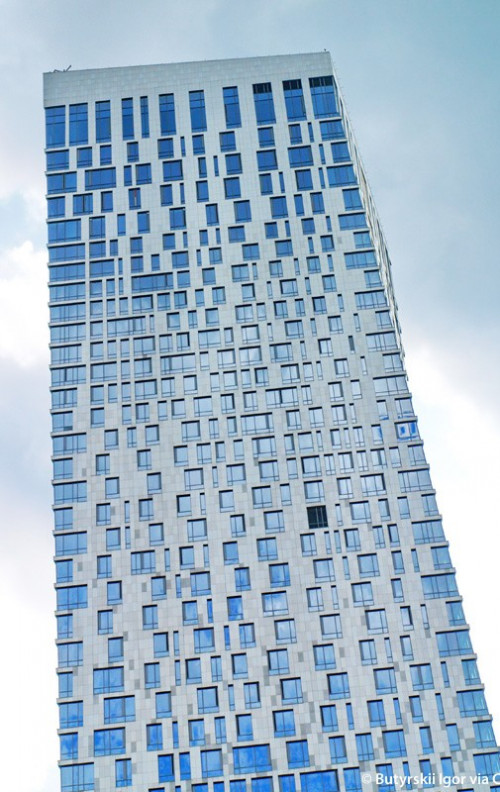 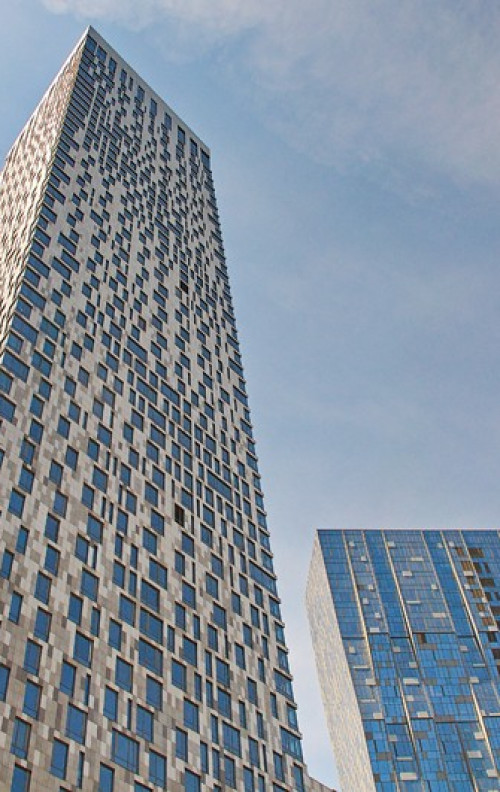 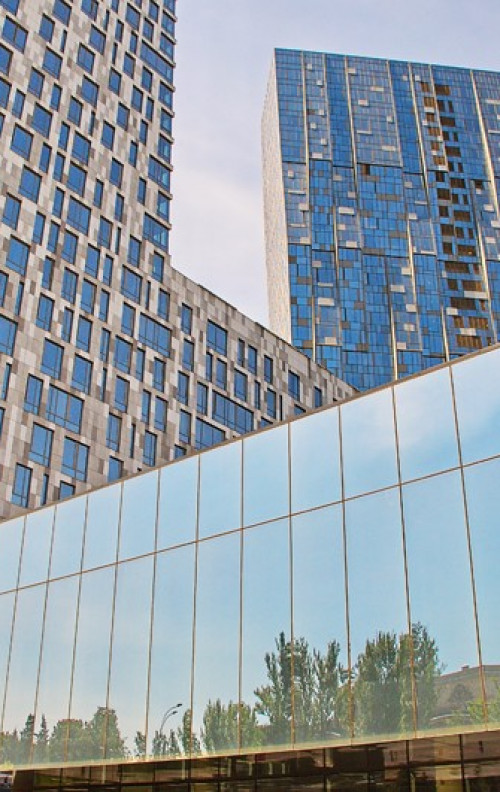 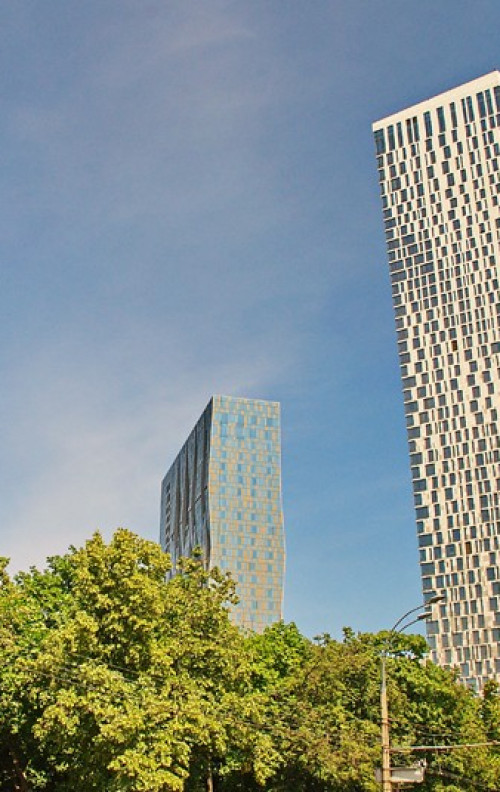 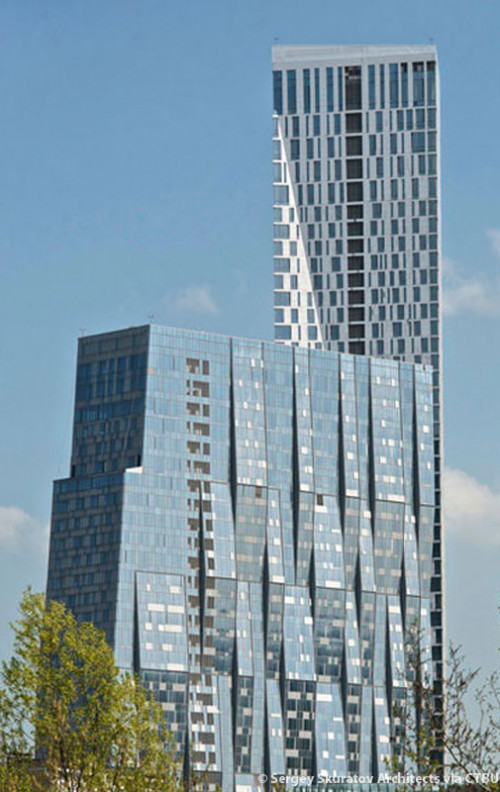 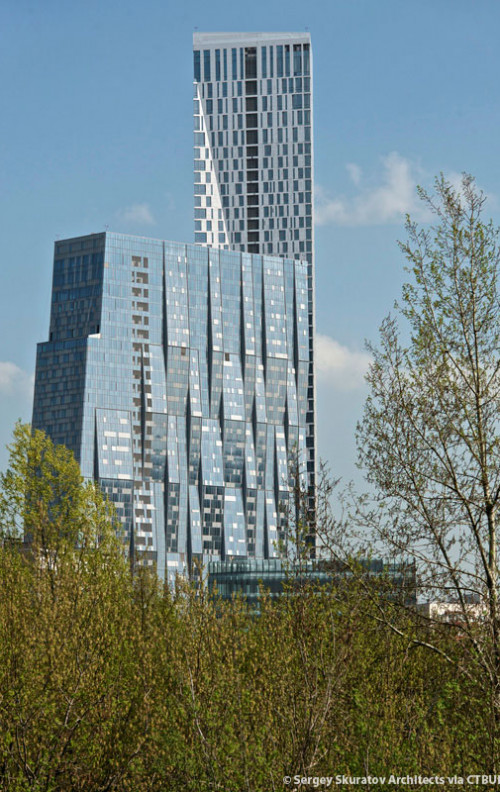 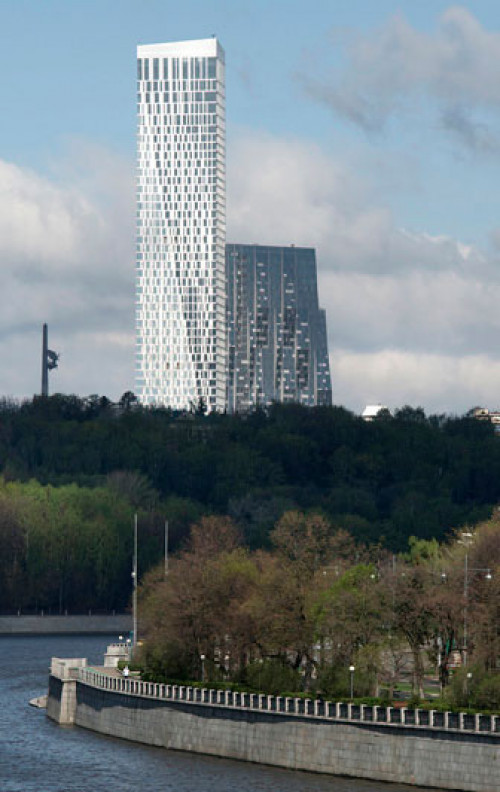 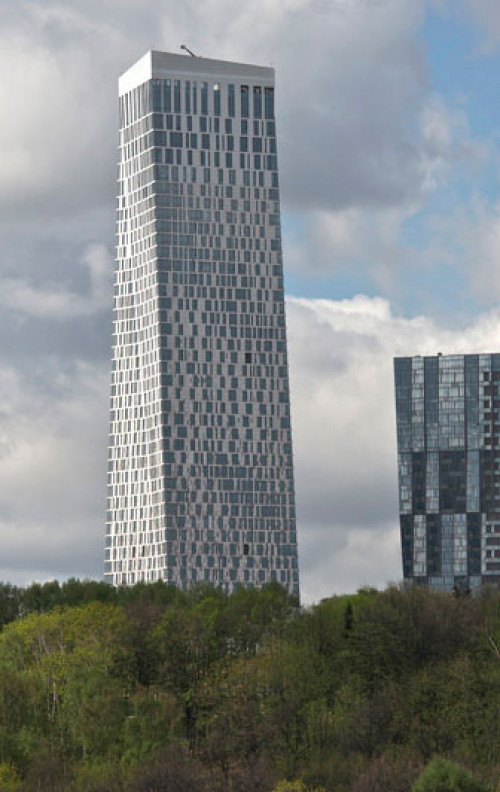 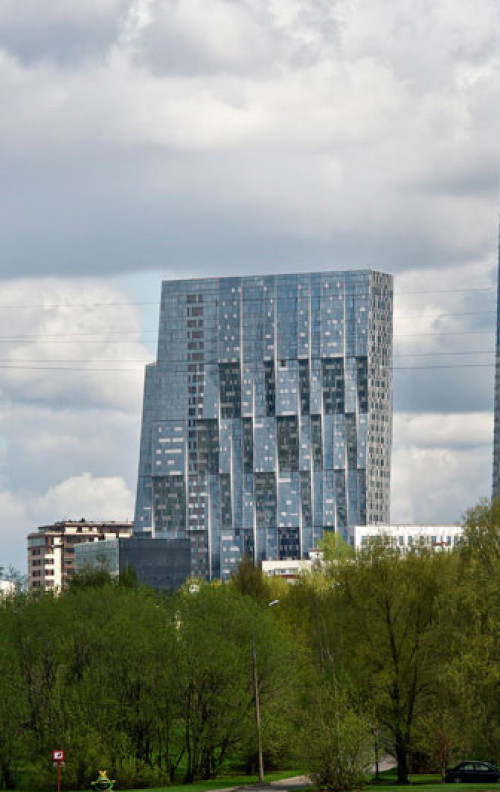 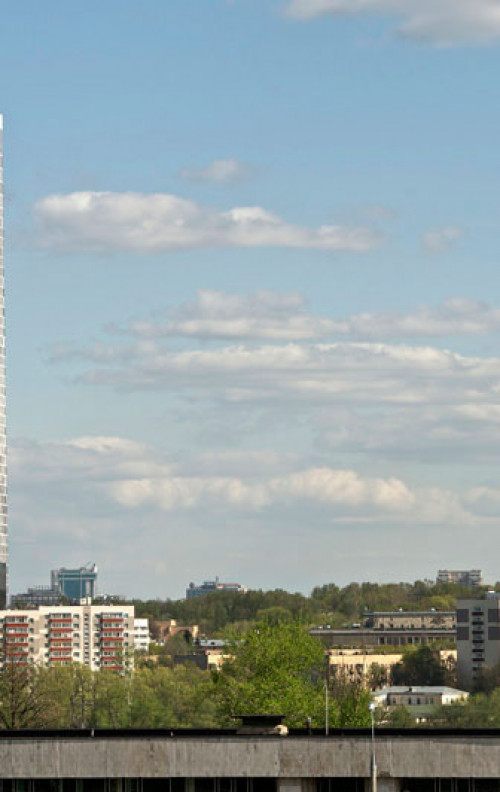 House on Mosfilmovskaya Tower A

About House on Mosfilmovskaya Tower A

Mosfilmovskaya is composed of two towers which are unified by a third structure consisting of two parallel eight-story units, with a shared atrium that brings natural sunlight to the space. The complex is located near the open spaces of Poklonnaya Gora and the valley of the Setun River, and its composition is a reflection of this location. Positioned on a three-level base that contains underground parking lots, trade rooms, sport grounds, and separate office units, the connecting low story residences and main tower are lifted up 17m (56ft) by tilted columns made of cast-in-situ concrete.

The building’s architecture responds to the scarceness of other large buildings in the district, and the famous rich greenery of the Moscow State University campus and vast territories of the well-known “Mosfilm” factory of movies. A principle of segregation between private and public spaces was part of the fundamental program for the complex. Separation from residential users, office users and visitors, while concurrently providing all users access to the buildings’ many functions, was realized through optimization and planning to avoid loss of engineering and technology efficiency.

The construction site was chosen precisely at the break point of the longitudinal profile on the famous Mosfilmovskaya Street, and occupied only vacant spaces within the city block. To stress the size of the main tower, an eight-shade aluminum panel system from Japan was used as the finishing element to the suspended façade. These panels create a smooth transition from a bright white Carrara marble look at the top, to a dark shade of limestone at the bottom. A rhombus shaped floor plan is slightly but intentionally turned counterclockwise as it travels upwards, thus giving the main tower a slightly twisted shape. Its façades are made of three different types of glass, while the intertwining, basket-weave stripes subdue its monotony. Multiple outlets for retail and entertainment are seen throughout the building’s program, including a self-service store below the building’s ground level as well as shopping galleries, and a night club.