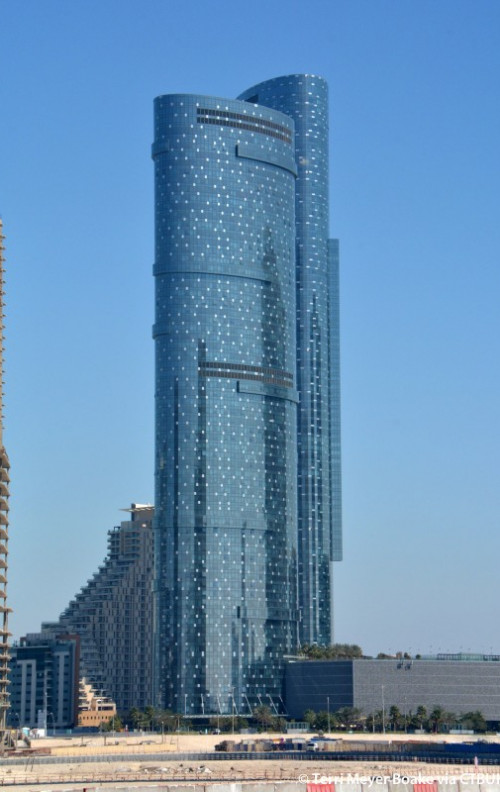 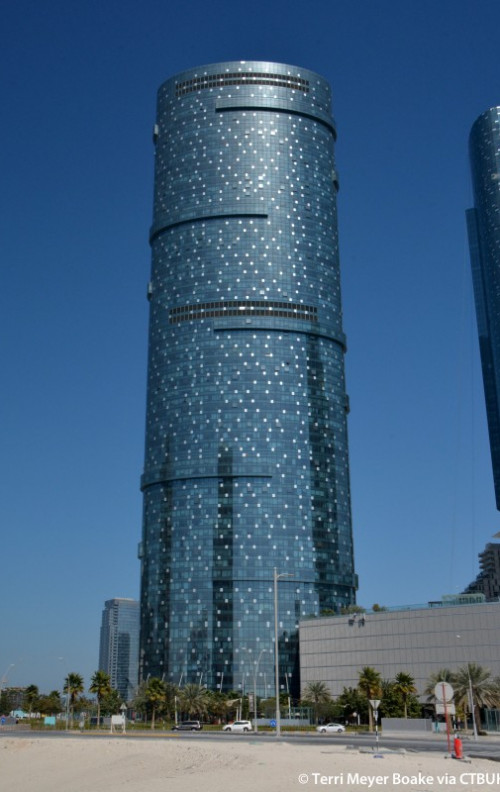 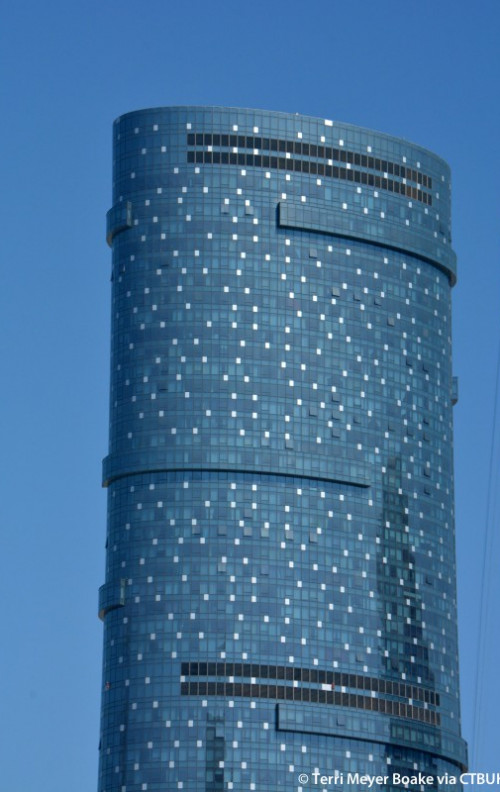 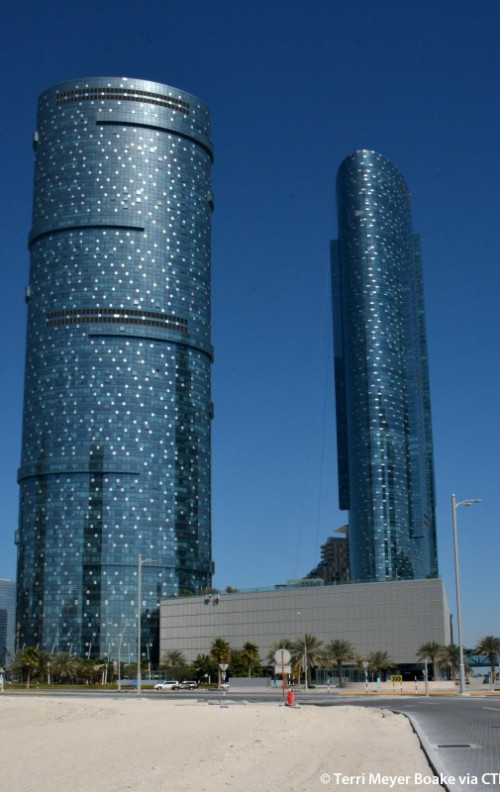 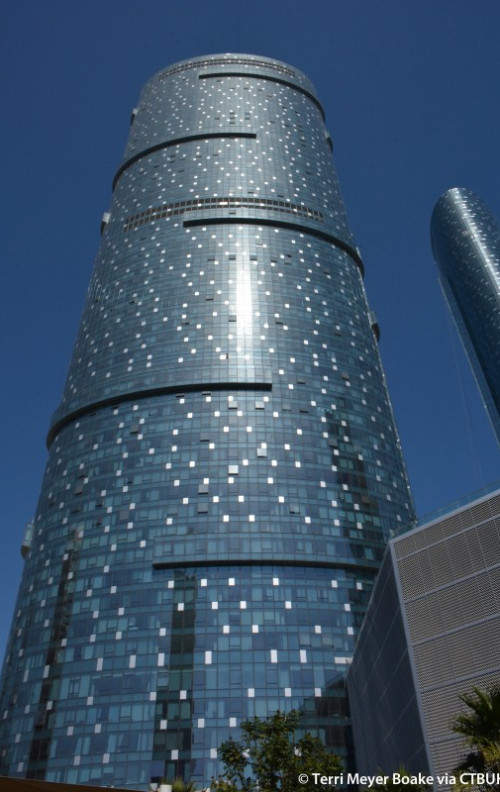 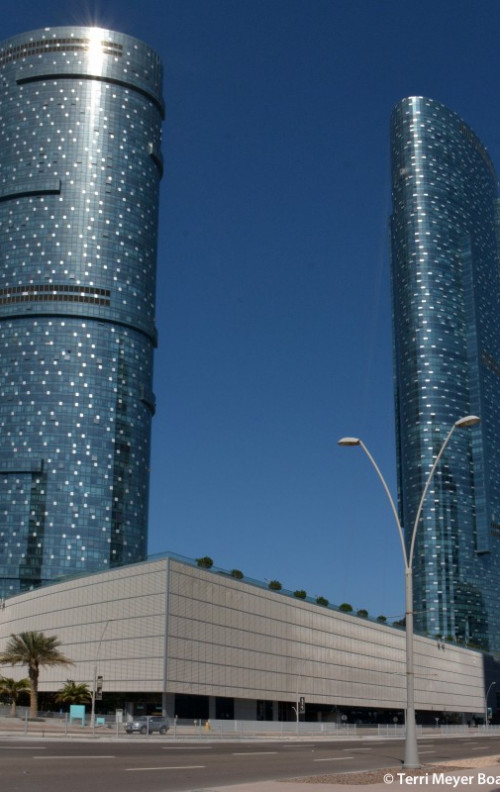 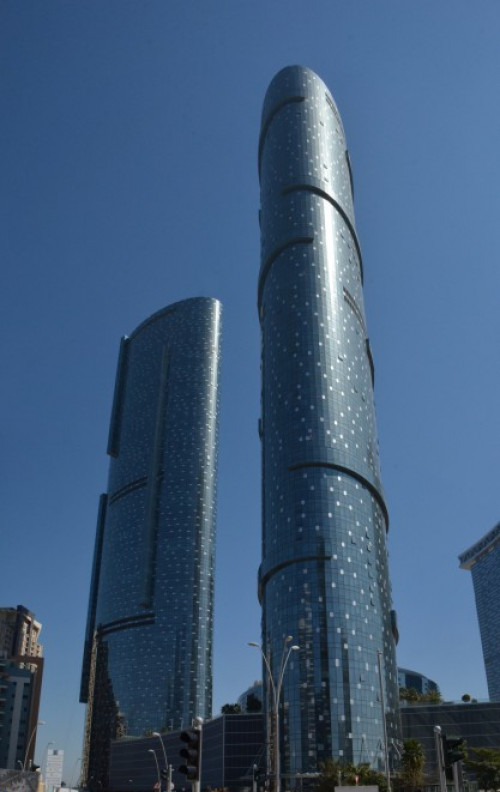 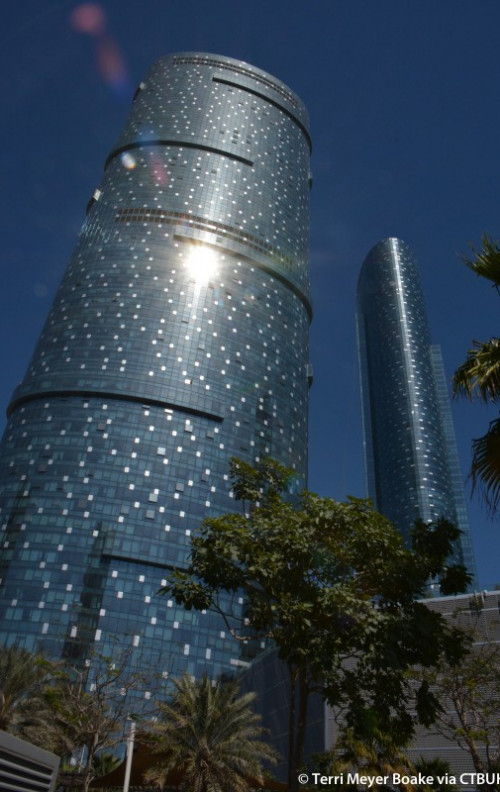 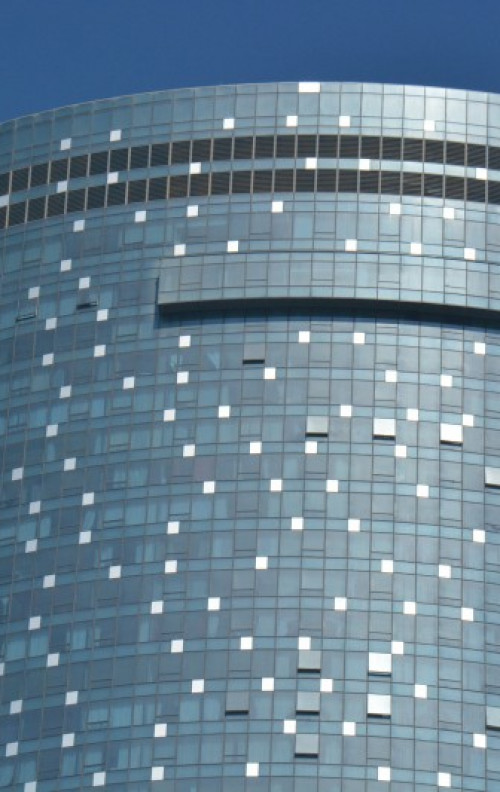 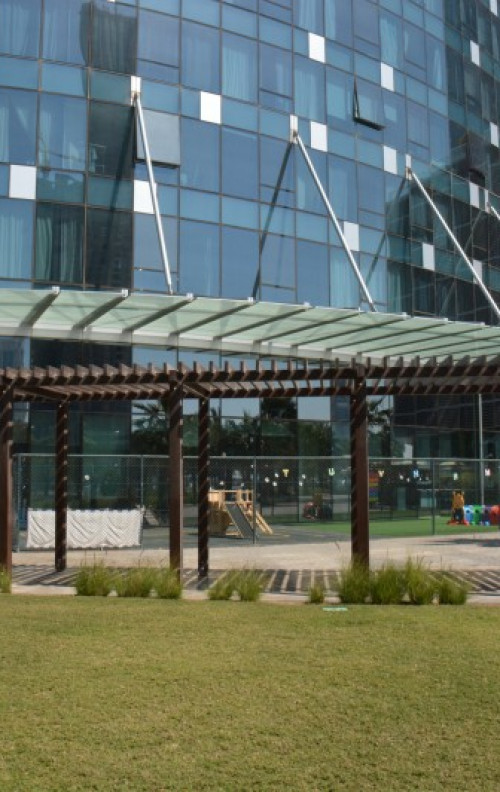 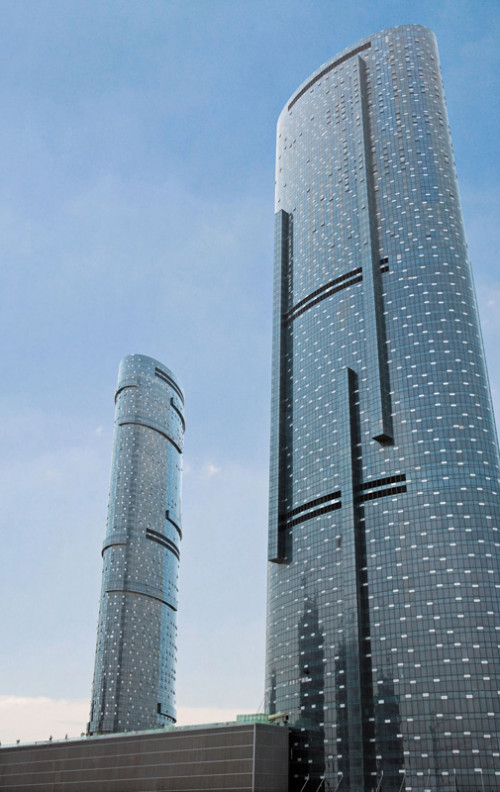 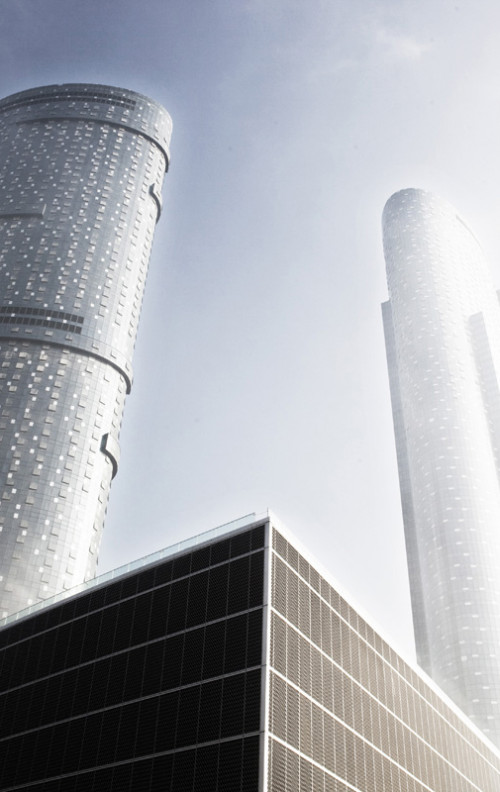 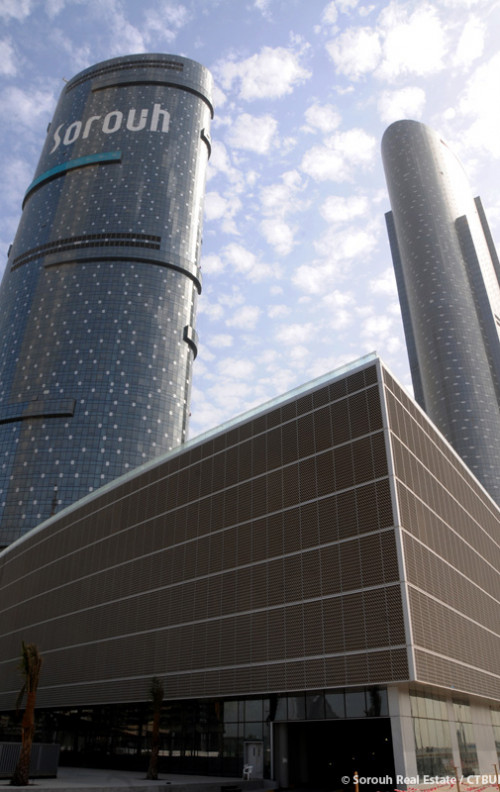 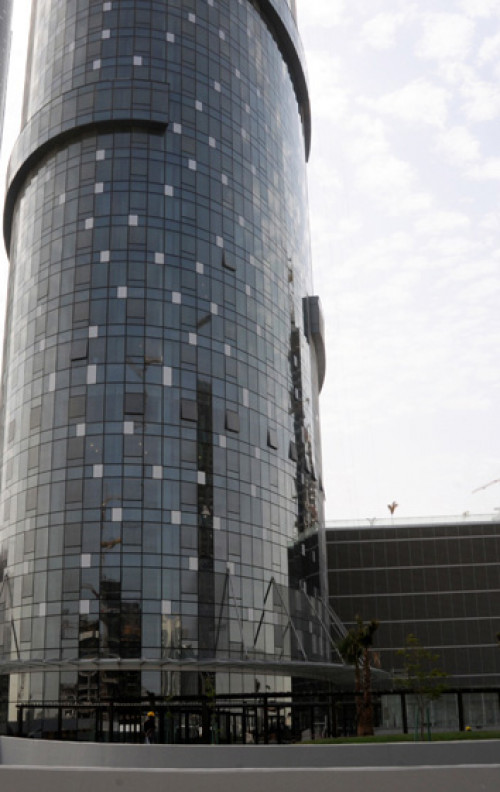 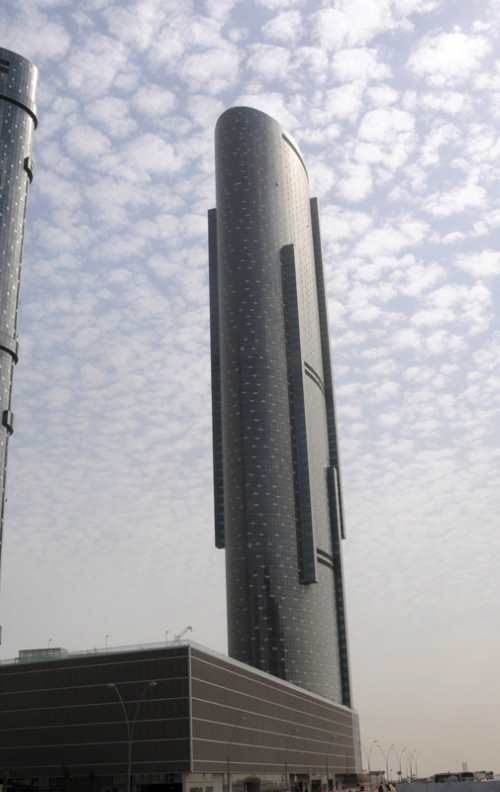 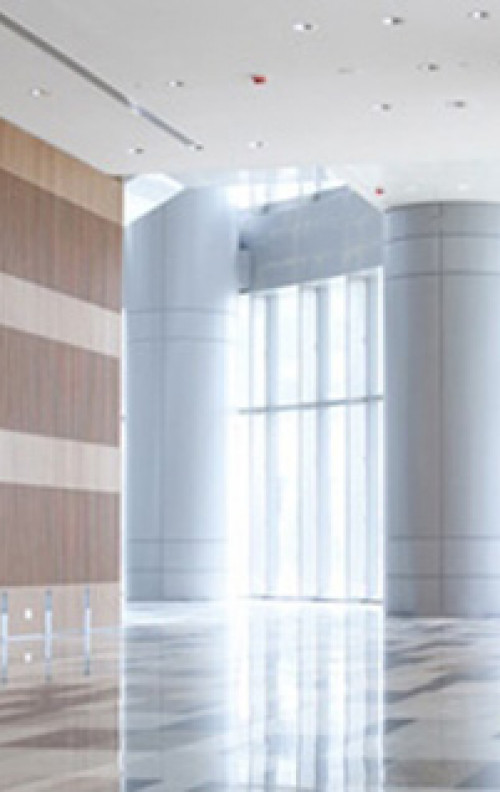 Sun Tower is the shorter of two towers that rise alongside the monumental portico of The Gate project like welcoming torches (Sky Tower being the other). The façades of the towers are adorned with a series of crystals that sparkle in the sunlight. The elliptical shape reduces wind resistance and its perimeter columns provide a tube structure effect. Within the elliptical form the spaces are organized orthogonally. Certain rooms cantilever beyond the elliptical skin. From the exterior they form a series of vertical bands that emphasize the vertical thrust of the tower. From within they create a series of spaces that project into space. Giant bay windows become rooms in the sky; conference rooms, living rooms and executive offices with the ultimate three-sided corner condition.