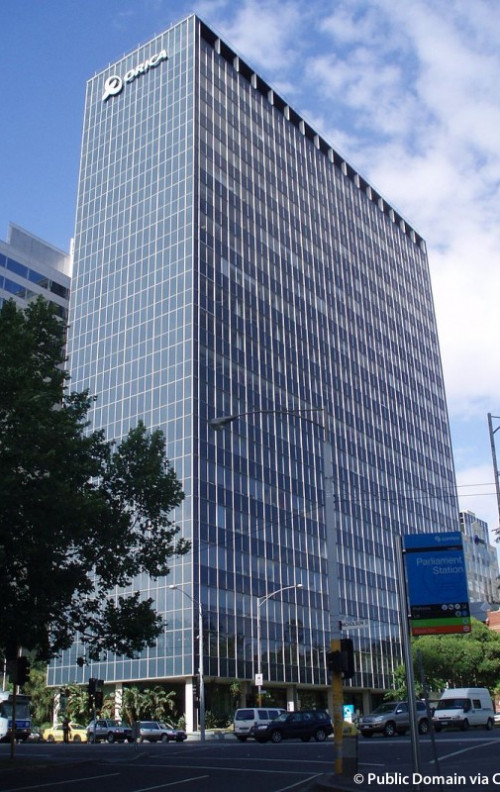 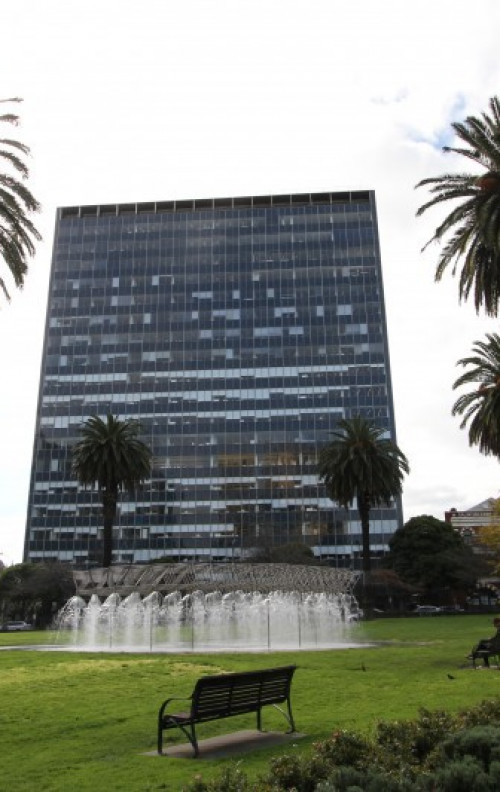 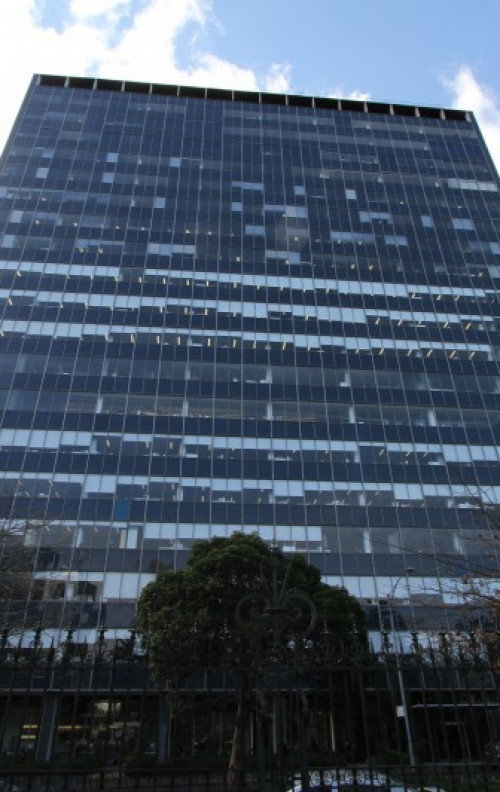 Erected during a building boom underway in Melbourne during the 1950’s, the ICI Building, as Orica House was originally known, was the first proposal to challenge regulations limiting height in Australian cities. When the plan for Orica House was first introduced in 1955, Melbourne’s buildings were limited to 11-12 stories in height. Influenced by the form of American office building constructed in the early 1950s, the building was proposed to cover only a portion of the site, leaving the remainder as a setback plaza and landscaped garden, positioned as a public amenity and trade off in exchange for surpassing the previously imposed height restriction. The building was then approved in 1957 and led to Melbourne becoming the first Australian city to revise its height limitations in which taller buildings were allowed in individual circumstances, often contingent on light angles.

Upon completion, Orica House had the highest floor count of any office building in Australia and is today listed as a National Heritage site. Subsequent building retrofits have been sensitive to retrain the aesthetics of the international style building while improving energy efficiency and adapting the structure for the demands of today’s users.