Tower of the Sun

Note: As this project is proposed, the data is based on the most reliable information currently available. This data is thus subject to change until the building has completed and all information can be confirmed and ratified by the CTBUH. 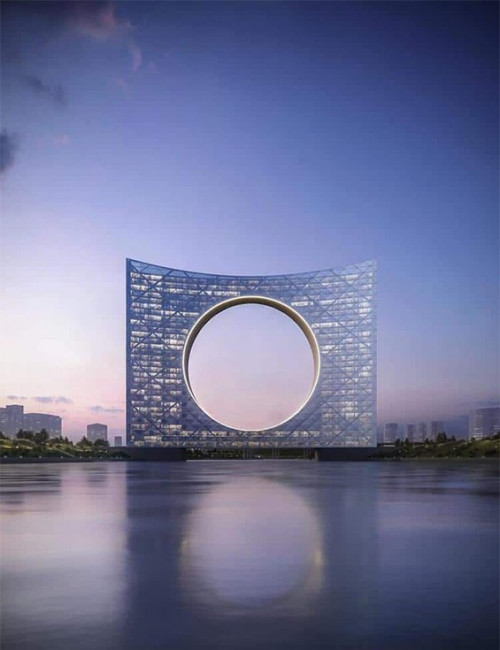 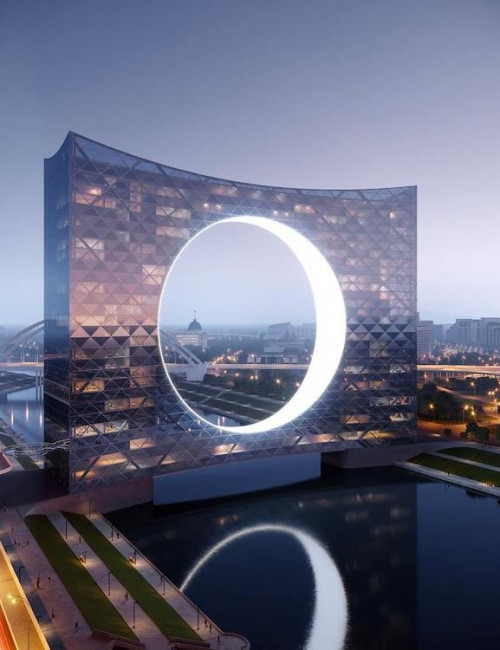 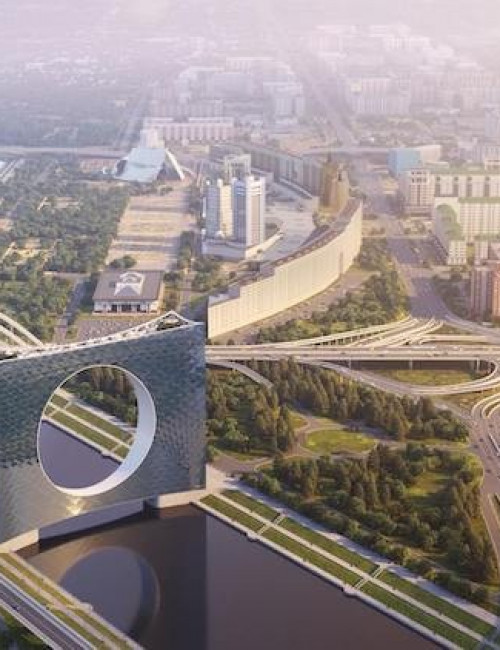 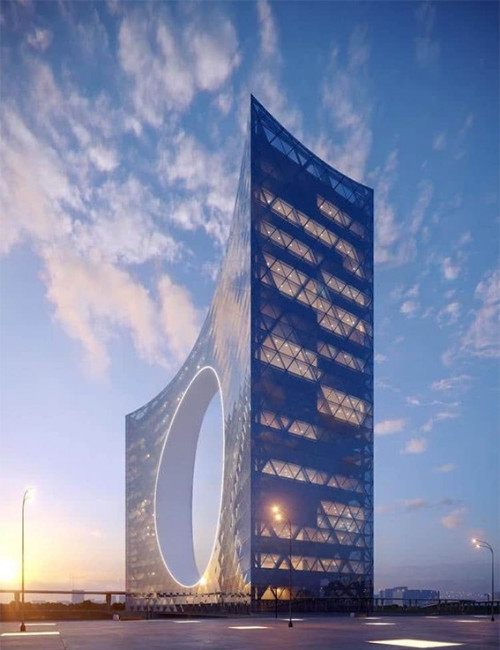 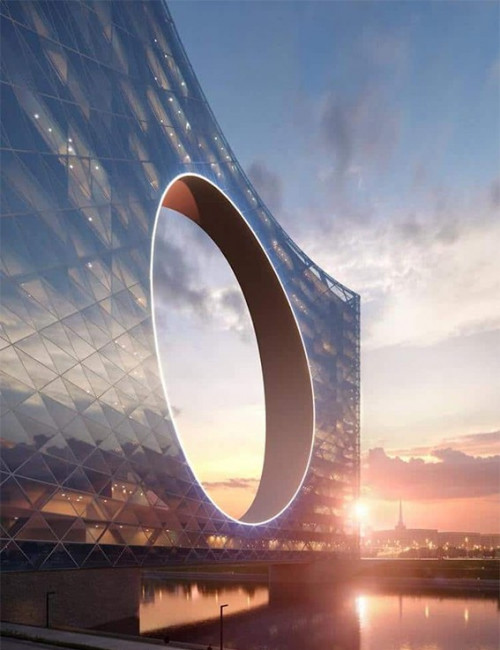 Tower of the Sun

Architectural
Height is measured from the level of the lowest, significant, open-air, pedestrian entrance to the architectural top of the building, including spires, but not including antennae, signage, flag poles or other functional-technical equipment. This measurement is the most widely utilized and is employed to define the Council on Tall Buildings and Urban Habitat (CTBUH) rankings of the "World's Tallest Buildings." 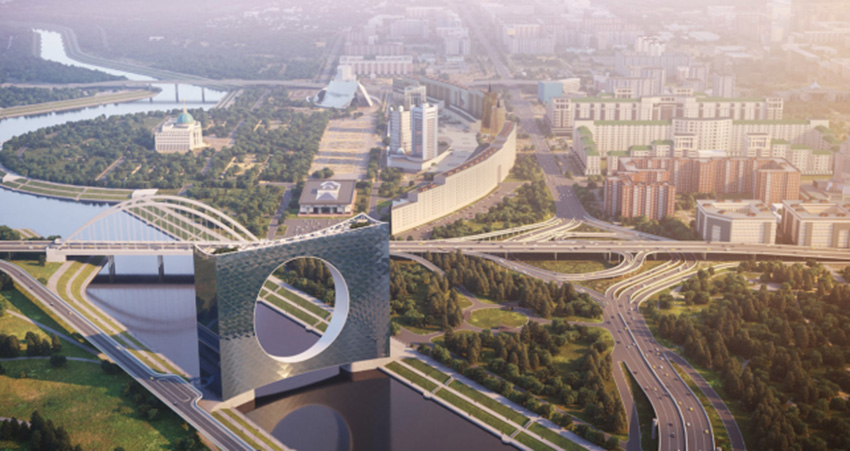 Taking inspiration from the country’s flag, Fundamental Architects and Omega Render are proposing a futuristic new building in Kazakhstan. Spanning the width of the Ishim...

About Tower of the Sun

Tower of the Sun is a mixed-use high-rise building suspended across the River Ishim in the heart of Astana. On the ground level, the building connects two large parks located on either side of the river via a publicly accessible pedestrian and bicycle bridge with a two-story high shopping mall positioned above it. Two monumental triangular shaped lobbies on either side of the circular opening's base are the main entry points for the luxury residential and multi-functional wings of the tower. On the rooftop a publicly accessible terrace offers unique views over the capital's skyline.

The ideas and symbolism of Kazakh culture and traditions are deeply intertwined in the concept of the project on every level, starting from the circular opening in the center of the building symbolizing the Sun, Peace and Unity – a symbol of core importance in Kazakh culture, to the triangular elements in the structure and interiors, which represent a powerful personal mascot that can be usually found in the traditional jewelry and clothing.

The project celebrates near net-zero energy requirements by using the power of water stream in the river underneath. It doesn't require a typical dam for creation of hydroelectric power, but introduces a narrower river cross section under the building to increase the stream speed and its power. Heat pump and smart building orientation which avoids overheating of the building from the south-western side during hot summer days maximizes the efficiency of the building.