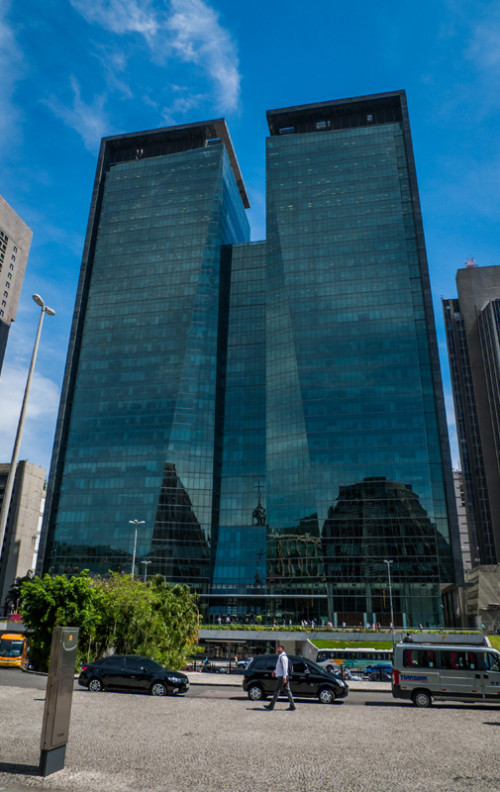 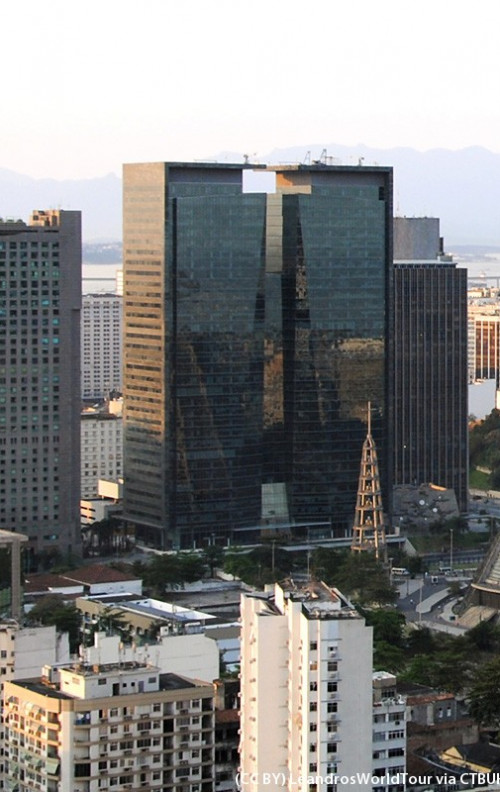 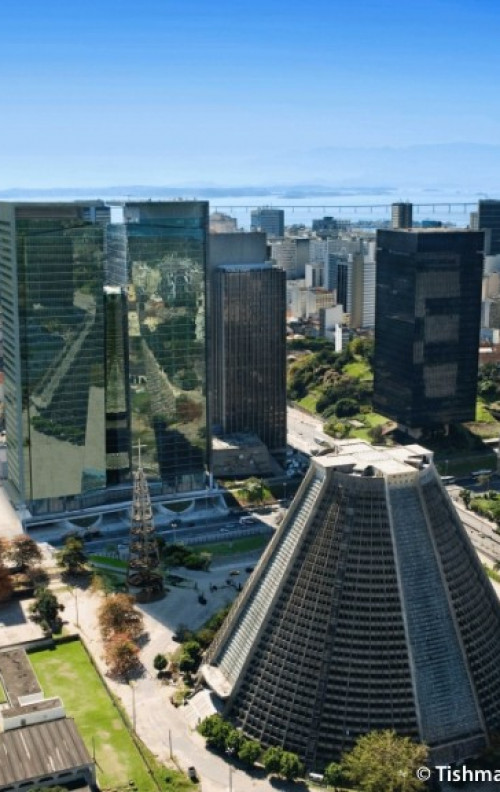 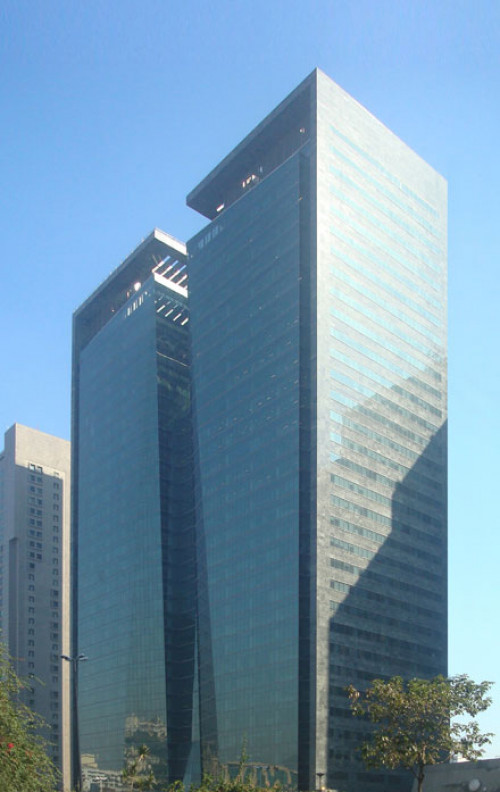 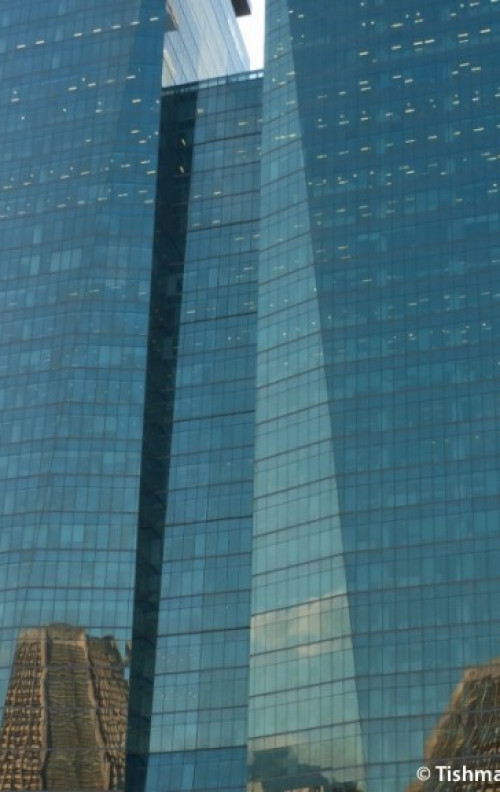 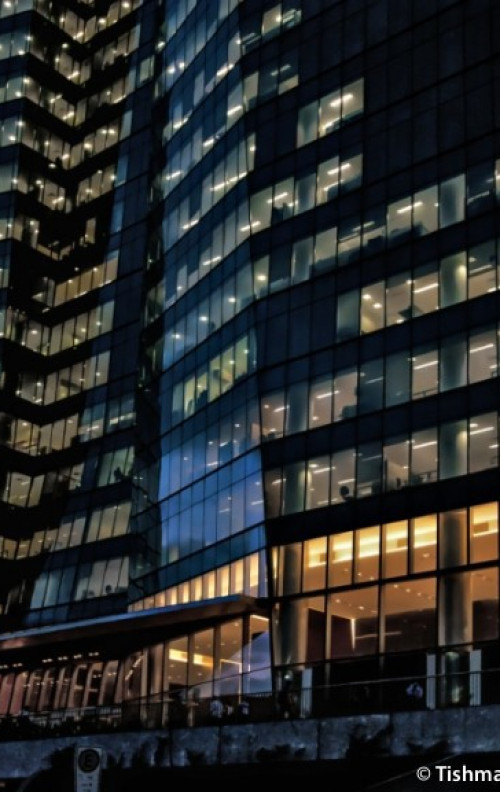 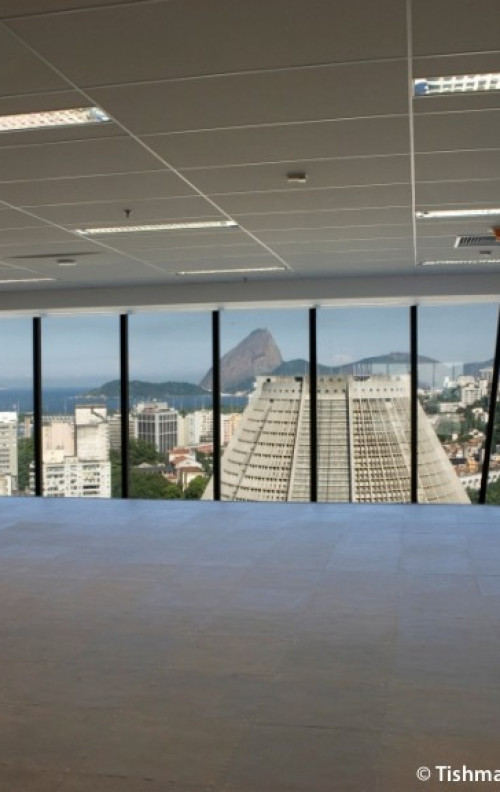 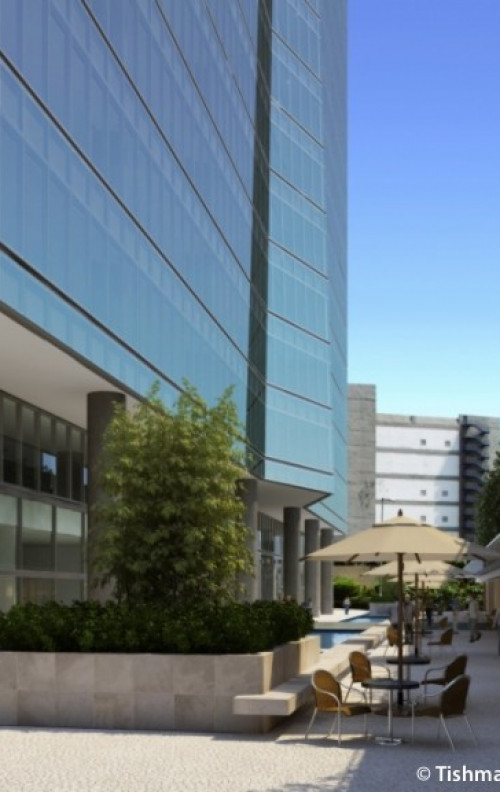 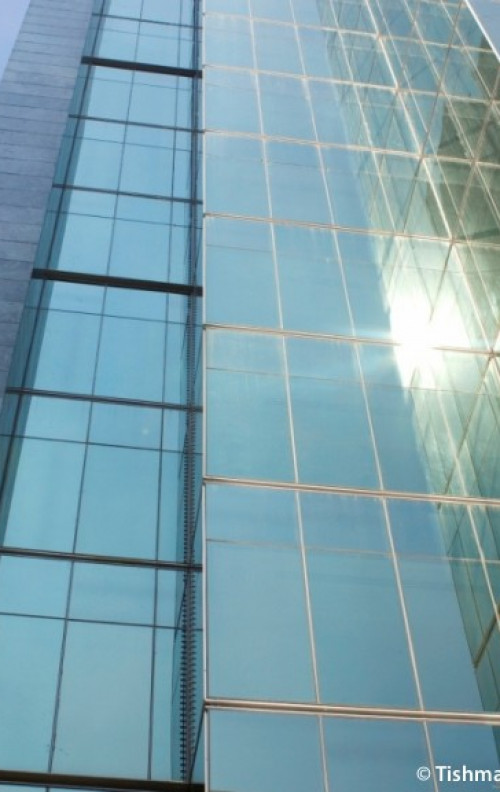 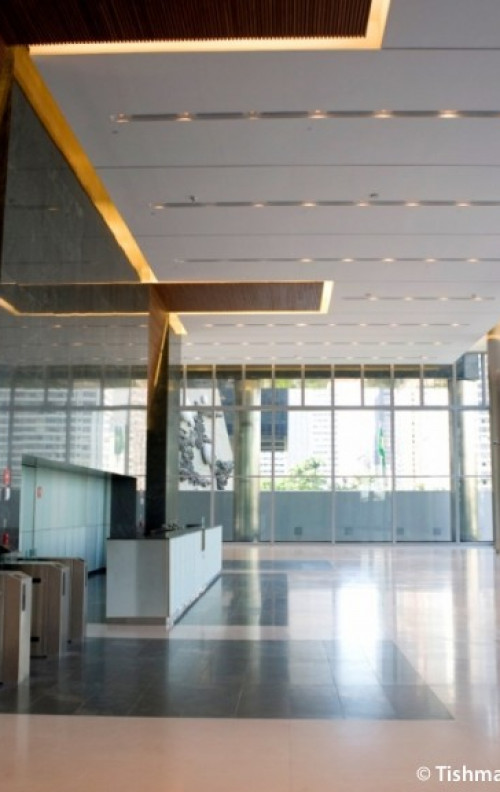 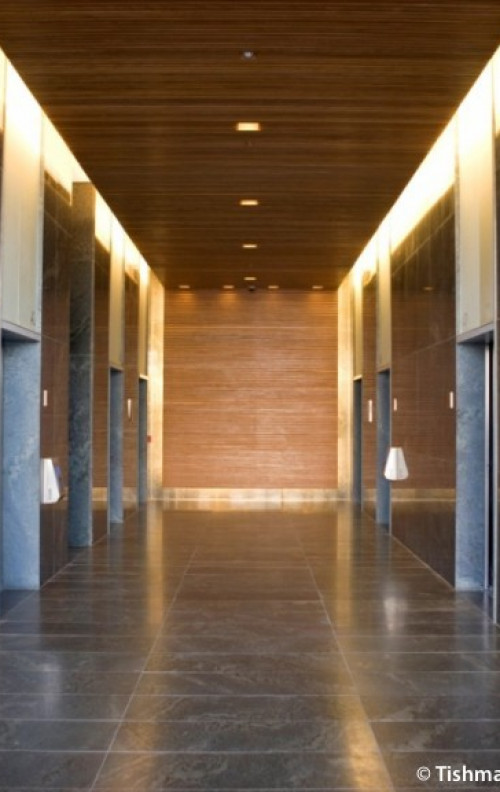 Ventura Corporate Towers was constructed in two phases, beginning in April of 2006 with the east tower. Excavation work for the west tower did not commence until after the east tower had already reached structural topping out. The towers are a mirrored reflection of one another directly abutting from their basement levels to the 24th floor before stepping back for their remaining height, which extends to the maximum allowable by current zoning laws for the city. Like the two towers, a connected parking structure on the north side of the buildings was also constructed in two parts directly abutting and mirroring one another.

The towers are nearly square in form with a triangular bevel in the south façade that starts wide and narrows as it goes up the height of the tower—making a direct reference to the neighboring Metropolitan Cathedral which is conical in form. Green plated glass elements form prisms and surfaces in contrast to the continuous rigid granite east and west faces which wrap up the building forming an “L” over the roofs, further unifying the two towers as one architectural expression.