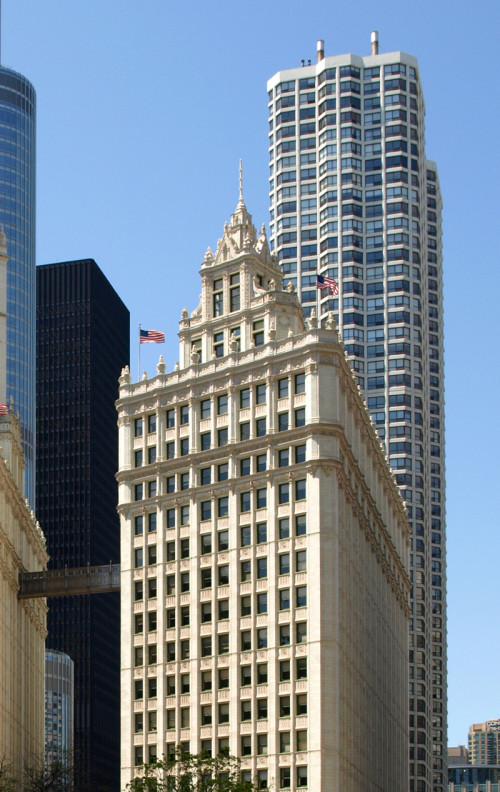 Developed as the headquarters for the William Wrigley Jr. Company, the Wrigley Building North Addition was constructed as a two-phase complex, with the taller south tower and its distinctive four-sided clock tower completed in 1921 and the shorter north tower completed in 1924. The façade of the two buildings is composed of approximately 250,000 pieces of glazed terra cotta which vertically transitions through six different colors. The buildings are connected by two skybridges, one at the third floor constructed in conjunction with the north tower and the other added later in 1931 linking the 14th floors for a banking tenant; both of which span across East North Water Street, originally envisioned to be constructed as a two-level street, but later completed in 1957 as an elevated pedestrian plaza.

In July 2013, a full retrofit of the two-building complex was completed with a strong focus on restoration of historic features pursuant to the buildings being declared official City of Chicago Landmarks in 2012.