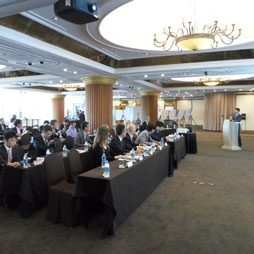 The 2018 China-Japan-Korea Tall Building Forum was held on June 15th, 2018 at the Busan Haeundae Grand Hotel in Korea.

The Haeundae I’Park is a 511,805-square meter high-density mixed-use development which includes three high-rise residential towers and a total of 1,631 units.