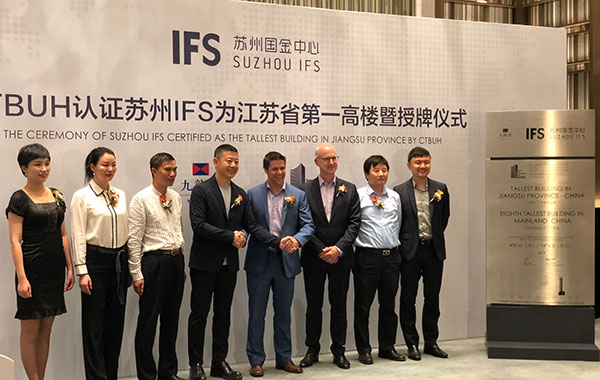 The tour started at Suzhou Zhongnan Center and continued to one of the two International Fortune Plaza towers, which had just had its topping-out ceremony the day prior.