by Region
by Function
by Material

by Region
by Function
by Material

The Council on Tall Buildings and Urban Habitat's (CTBUH) global study of 200‑meter‑and‑taller building completions for 2019.

Note: Only countries with at least two completions in 2019 are included in this chart. One 200 m+ tall building was also completed during 2019 in these countries: Algeria, Brazil, Colombia, Japan, Kuwait, Mexico, Russia, Saudi Arabia, South Africa, Sri Lanka, and Turkey. 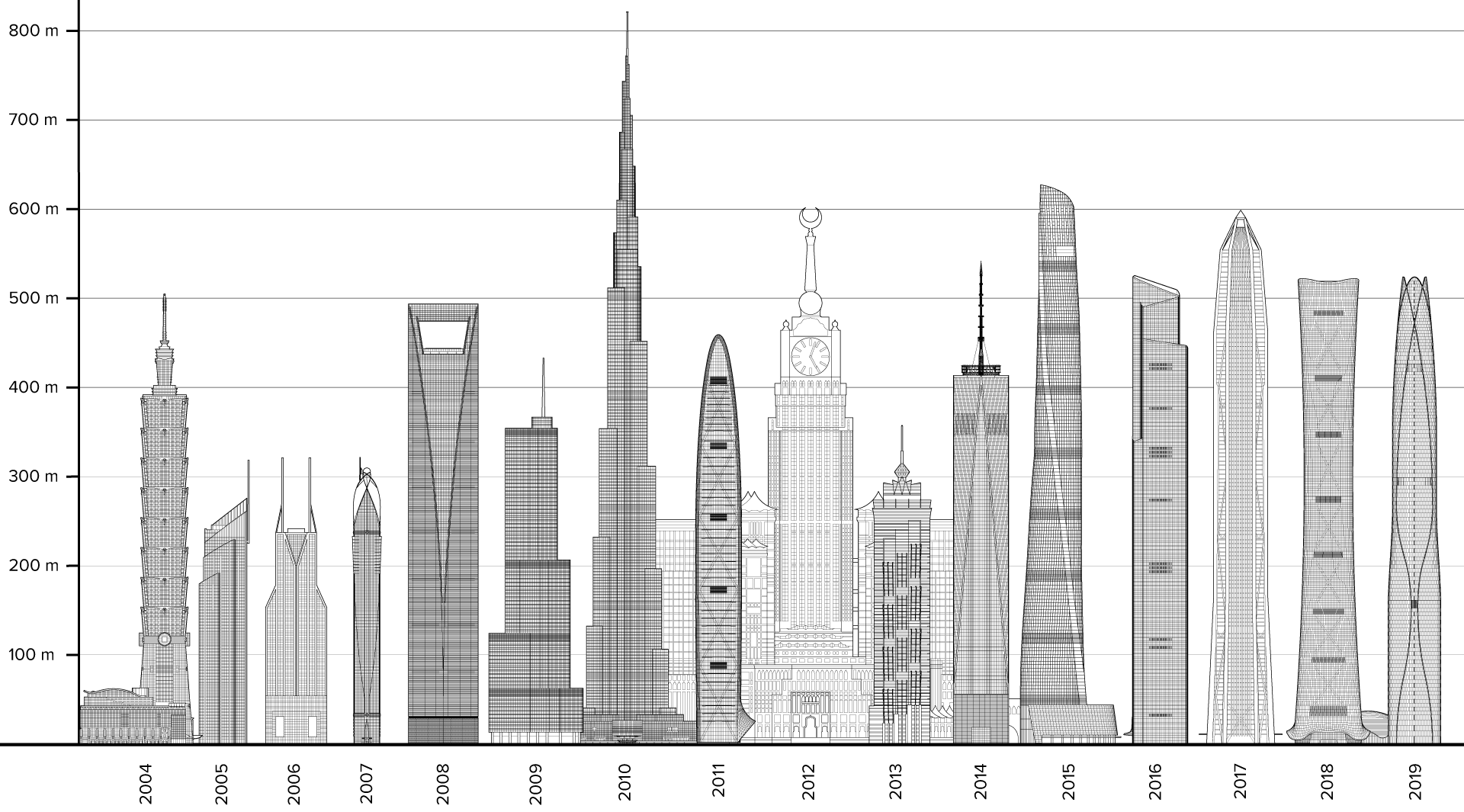