Join CTBUH India for a panel discussion and networking event on the challenges and opportunities of elevatoring particular to the Indian context. CTBUH India organized a half-day seminar, the venue of which was sponsored by Mukesh Patel School of Technology Management and Engineering. The 2017 Regional Tall Buildings Forum was held, together with the first Global Lift and Escalator Expo at the Sri Lanka Exhibition and Convention Centre in Colombo. This year's 2018 Global Walking Tour explored the role of tall buildings along waterfronts and other natural settings.

The completion of an intense semester of work for the students and tutors involved in the CTBUH-IIT advanced architectural studio was marked by the final reviews.

The C Ward of Mumbai consists of some of the oldest localities of the city. These areas have been urbanized since the past 100 years and accommodate a large population.

India’s largest slum, Dharavi, lies on prime property right in the middle of India's financial capital, Mumbai (Bombay). It is home to more than a million people.

In Mumbai, a building has to be oriented east-west to catch prevailing sea breezes and to open up the best views of the city.

Mumbai, a melting pot of cultures, pulsates with activity. India’s financial powerhouse and also the capital of Maharashtra, Mumbai dazzles the visitor.

The Conference Dinner was held in the evening after the first day’s proceedings, and took place amidst the lovely ambiance of the terraced garden of the Renaissance Hotel and Conference Rapid urbanization of developing countries such as India and China over the past decade have resulted in almost 200,000 people migrating from rural to urban regions every day.

The 2010 annual Trustees meeting took place prior to the CTBUH 2010 World Conference Mumbai, in the same venue as the conference, the Renaissance Hotel Mumbai.

Amidst the spectacular setting of the Renaissance Hotel’s upper garden terrace, the Welcome/VIP Reception took place the evening before the conference.

The Remaking of Mumbai Field Visit

With the support from the CTBUH and RoMF, twelve advanced architectural students from the IIT left the cold winter of Chicago for a two week visit to the project site, in the C-ward.

Executive Director Antony Wood undertook a promotional tour of India for the Mumbai conference. The tour took in Mumbai, Bangalore and Pune. The culmination of a semester of intense work for the students and tutors involved in the CTBUH-IIT ‘Tall & Green: The Remaking of Mumbai’ advanced architectural studio. The Remaking of Mumbai, Tour

Ten advanced architectural students from the Illinois Institute of Technology (IIT) and Prof. Antony Wood to engage in the urban issues of the C-ward district of Mumbai. 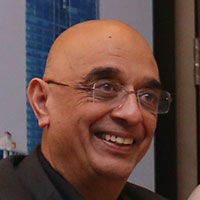